Check out our excellent selections of e liquids. Great flavours from top brands at cheap prices.

What is e liquid?

Electronic cigarettes do not burn tobacco leaves or rolling paper. Instead, a battery inside the device powers the atomizer which in turn converts the liquid solution into vapor. 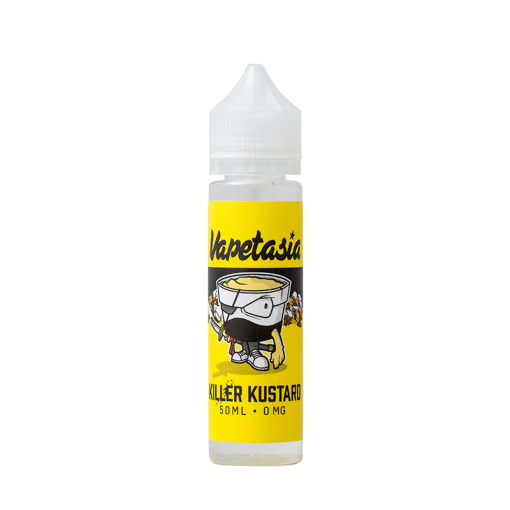 This solution, often called e-liquid, is housed in a pre-filled cartomizer or a fluid tank system.

The e-liquid is heated by the atomizer to deliver the sensation, taste, and feel of smoking. You can have the most powerful e-cigarette battery in the world but your vaping experience will not be enjoyable without high quality e-liquid.

Nicotine is basically tasteless. In order to replicate the flavor of cigarettes, e-liquids are mixed with an infinite number of flavoring compounds. Some e-liquid manufacturers offer up to 90 different flavors ranging from classic tobacco and menthol to food concentrates such as coffee, chocolate, fruits, candy and spices.

Choose from an excellent selection of E-Liquids such as

Plus many MANY more flavours.

Of the thousands of chemicals in cigarettes, nicotine is probably the least lethal. It is an addictive substance though. Smokers often switch to e-cigs to quit the tobacco and other harmful toxins while continuing to get their nicotine fix.

e-liquids contain varying levels of nicotine, often measured in mg/ml or simply ml. Double extra strength e-liquids can contain up to 72mg/ml of nicotine while ultra light fluids are often in the 6-8mg/ml range.

For those who want to quit the nicotine altogether, manufacturers produce zero-nicotine e-liquids. These are placebos that feature the same flavors in the brand’s e-liquid range but without the addictive substance.

The liquid nicotine and flavorings won’t turn into vapor without the third most important ingredient in e-liquids – diluents.

The diluent base works two ways: first, it’s added to dilute the mixture of nicotine and flavors to the correct strength, and second, it is responsible for turning the liquid solution into inhalable vapor. ecig manufacturers commonly use any combination of these three diluents:

Propylene Glycol (PG): Pharmaceutical-grade propylene glycol helps produce what we refer to as ‘throat hit’ in combination with nicotine and flavors.

PG is widely used in all types of food and personal care products like toothpaste. Along with being a solvent, it’s mainly known for its use in fog machines.

A higher PG mix will produce thicker clouds of vapor. Some users though have reported side effects of PG such as dry throat and mild allergic reactions. If you have any issues with PG, just use a 100% VG base.

Propylene Glycol generally produces sweeter liquids but less vapor. Vegetable Glycerin produces more vapor and tends to be less sweet. Because VG is thicker than PG, often times it is mixed with PG to be more soluble or to give it more consistency.

Around 10-20% of the e-liquid is flavoring. Manufacturers typically use food-grade flavorings originally intended for baking or candy making. These flavors should meet USP, NF or FCC standards.

Depending on strength, nicotine makes up 0% to 5.4% of the e-liquid. Volume suppliers of e-liquid use pharmaceutical-grade pure nicotine in their products.

Distilled water is also sometimes added to dilute the e-liquid.

All of these components except the nicotine are considered safe for use in food products.

E-liquid strength refers to the amount of nicotine fluid contained in a set volume of e-liquid, measured in milligram of nicotine per milliliter of total fluid volume (mg/ml). This unit of measurement was defined to compare e-liquids directly with conventional cigarettes.

In an e-liquid bottle of 18mg/ml strength, there is 18mg of nicotine in each milliliter of fluid. If you were to inhale 1ml of this e-liquid, then it would contain the same amount of nicotine as ten 1.8mg conventional cigarettes.

E-liquids range from zero-nicotine up to levels as high as approximately 7.2% nicotine, though anything higher than 2.4% is getting increasingly more difficult to find.

The flavor in the e-liquid varies from where it comes from, what components were used to make the liquid, and what flavorings were added.

Naturally derived nicotine manufactured from organic plant sources usually taste better and are safer to use than synthetic nicotine. Natural flavorings from flavor concentrates are also richer than artificial flavors.

Keep in mind that e-liquid flavors will taste different from different suppliers so while you may not like coffee from one brand, you might like it from another.

Try small sizes for different e-liquids until you find something you like. Make sure that you are not stuck with a big batch of e-liquid that you won’t be able to use.

E-liquids should be stored in a cool, dry place that is not exposed to direct sunlight. Many suppliers use colored glass bottles to help reduce exposure to sunlight but you might also want to store your liquids in a closed box to eliminate any light exposure.

Many e-liquids will have an expiration date and manufacture date printed on the bottle label. Most e-liquids expire within two years of their manufacturing date.

This website uses cookies to improve your experience while you navigate through the website. Out of these cookies, the cookies that are categorized as necessary are stored on your browser as they are essential for the working of basic functionalities of the website. We also use third-party cookies that help us analyze and understand how you use this website. These cookies will be stored in your browser only with your consent. You also have the option to opt-out of these cookies. But opting out of some of these cookies may have an effect on your browsing experience.
Necessary Always Enabled
Necessary cookies are absolutely essential for the website to function properly. This category only includes cookies that ensures basic functionalities and security features of the website. These cookies do not store any personal information.
Non-necessary
Any cookies that may not be particularly necessary for the website to function and is used specifically to collect user personal data via analytics, ads, other embedded contents are termed as non-necessary cookies. It is mandatory to procure user consent prior to running these cookies on your website.
SAVE & ACCEPT